Devices that have been grouped but haven’t been configured:

Devices with some ports assigned to PTraces, and some PTrace directions selected for configuration:

A port being assigned to a PTrace:

Configuring the pre-filter of a group of PTraces: 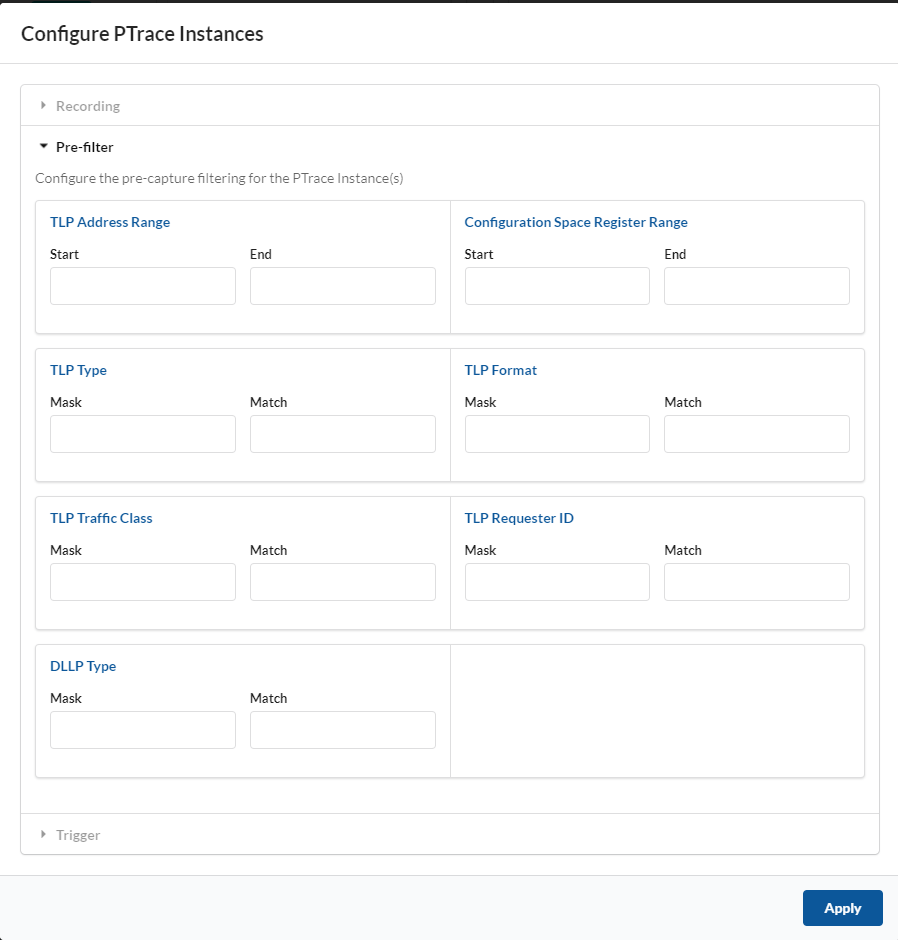 Configuring a trigger for some hardware conditions and a MRD32 TLP: 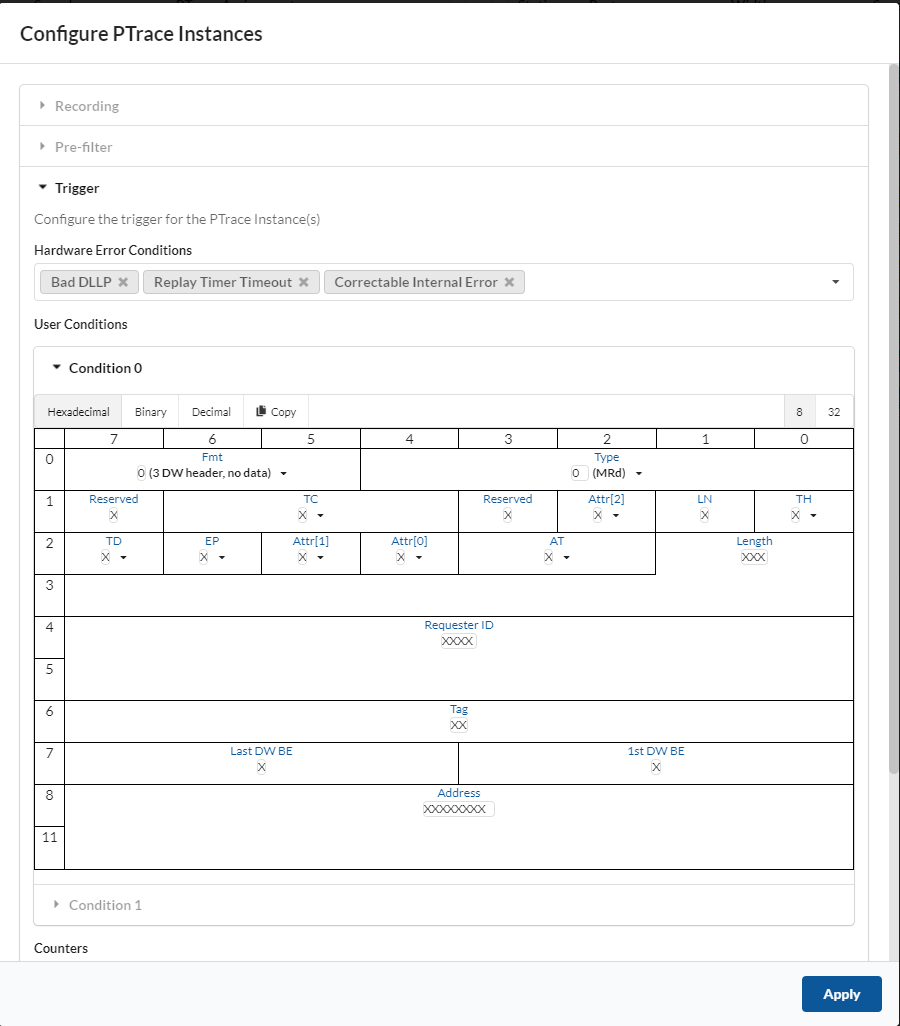